The Indonesian President Boldly Going Where No Has Gone Before Joko Widodo waves ahead of his swearing in as Indonesia's seventh president at Parliament in Jakarta, Indonesia, Monday, Oct. 20, 2014. (AP Photo/Mark Baker)

I remember watching the original series of Star Trek on a black and white TV.

I can hear eyes rolling, so for those of you who have no idea what that means, have a look at this Wikipedia link about the history of TV.

Anyway, TVs were all the rage in those days (if you could get one) and one of the highlights of my youth was watching Star Trek at seven-thirty on a Tuesday evening. It was then– and some would say, still is– ahead of its time. In much the same way Indonesia is also on a voyage of discovery; exploring strange new worlds, seeking out a new life in rundown sectors of the economic galaxy and its captain is Indonesian President Joko Widodo. He’s on a mission, that’s for sure, and he’s boldly taking the world’s largest archipelago and Southeast Asia’s largest economy on a journey of epic proportions.

The Jakarta Globe recently reported that Jokowi (the president’s affectionate nickname) has just unveiled his plans for something he’s calling the “Big Bang.” That’s a pretty big statement, so he better has a pretty big bang to back it up. And he does! So get ready for warp factor ten!

The Indonesian President Jokowi’s “Big Bang” intends to encourage competition by loosening the restrictions and rules on foreign investment in nearly 50 sectors of the economy including retail, health care, the movie and entertainment industries, and e-commerce. Now, that IS a Big Bang because if you follow Indonesian politics or if you live here you’ll know some of these sectors, like health care, have been strangled by red-tape for so long foreign investors have had them on the same shelf as unicorn hair and angel tears.

Terje Nilsen, Co-Owner of Seven Stones Indonesia, is one of the enlightened few who has a real sense of the bigger picture and how Jokowi’s government is on a positive track to energize the country. “In the last six months, we’ve seen a roll-out of stimulus packages which have covered a broad line of businesses, regulations, and taxes that will enhance growth and investment across the board. These are exciting times!” declares Nilsen.

Trade Minister, Thomas Lembong is on the same page. He told Reuters that these groundbreaking changes “signal a greater openness to foreign investment” which has historically been shackled by something called the Negative Investment List; a list stipulating which sectors are open or closed to foreign investment as well as the percentage of foreign ownership permitted. And Jokowi himself has said that he is “seriously considering deregulation across the board.”

All indicators point to changes in each of the sixteen main sectors in the Negative Investment List. Reuters suggests that this will include “agriculture, forestry, energy, communication, and transport. In some cases, this would raise the limit on foreign investment stakes in companies from a minority to a majority.”

“The health care push which would open hospitals, clinics, and laboratory services to foreign companies could bring a sea-change in a country where at present foreign medical professionals are not allowed to practice.”

Deregulation and development are the spearheads of Jokowi’s strategy. He sees competition as being healthy, and infrastructural progress is critical. In terms of investment, particularly foreign investment, falling interest rates, and rising public spending are much-needed carrots, and he knows how money follows this sort of carrot.

Indonesian President Widodo’s mission is righteous and pure. His bigger picture includes the people of his country in a much more conscious and human way than his predecessors. He’s a regular guy removed from the corrupt world of politics and the military. He doesn’t claim to have all the answers or be infallible, and I’m sure he’d be the first one to admit that he makes the odd mistake now and again, but the bottom line is this; now is the time to leave old ways of thinking at the door and now is the time to invest in a country determined to have a leading role in the future. 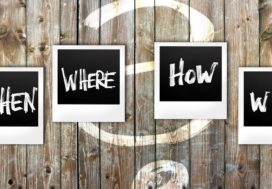 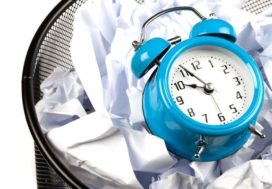 Where Is Bali Property Heading?
Owning Property in Indonesia